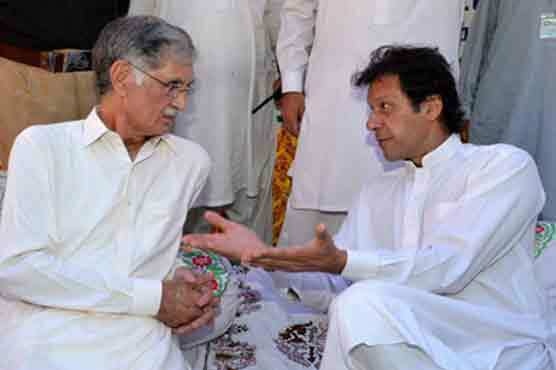 According to media reports, during the parliamentary party meeting chaired by Prime Minister Imran Khan, harsh words were exchanged between Minister for Energy Barrister Muhammad Hammad Azhar and Defense Minister Pervez Khan Khattak on the issue of gas.

He said, “We have made you the Prime Minister.” He said there is a ban on gas in Khyber Pakhtunkhwa, adding that despite producing the gas and electricity we are being oppressed. “If this is your attitude then we will not be able to vote,” he added.

Meanwhile, PM Imran Khan said, “If you are not satisfied with me, I will hand over the government to someone else.”

Talking to media after the meeting, the defense minister said that he hadn’t left the meeting in anger but came out of the room to smoke.

On the occasion, Minister for Energy Hammad Azhar said that the participants questioned about gas in the meeting and he remained successful in satisfying the parliamentary party members.

He said Prime Minister Imran Khan told the meeting that gas reserves in the country were dwindling and domestic demand will be met by importing gas.

According to sources, during the meeting, the MQM discussed tax amendments in the mini-budget and demanded that basic necessities should not be taxed, to which the prime minister replied that we are aware of the plight of the people and the government will not impose additional taxes.

Sources further said that during the meeting, PTI MNA Noor Alam Khanalso questioned whether the state institutions would be affected by the SBP s autonomy or not.