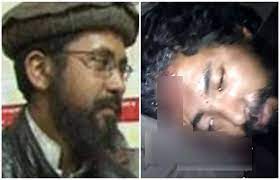 Terrorist Mohammad Khorasani was the spokesman of outlawed TTP whose real name was Khalid Balti.

The slain Khorasani was running a terrorist center in Miranshah and fled to Afghanistan after the success of Operation Zarb-e-Azb, while he became the spokesman for the banned TTP after Shahidullah Shahid.

He was involved in killing of innocent Pakistanis and operations against security forces.

The TTP spokesperson while trying to reunite various factions of the proscribed outfit was planning to carry out terrorist operations against Pakistan along with chief Mufti Noor Wali Mehsud. He had also hinted at carrying out terrorist activities inside Pakistan.