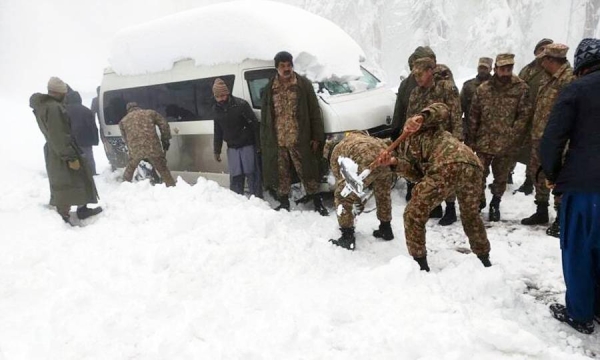 At least 23 die in snow-trapped cars in Murree, Punjab govt declares Murree as calamity hit area At least 20 bodies have been recovered which were shifted to the Army School of Logistics.

Murree was declared calamity hit area on Saturday after at least 21 people froze to death in cars stranded in snow amid a glut of tourist influx.

In a statement issued by his office, the chief minister said that rescuing stranded tourists was the “foremost priority”, adding that all rest houses and state buildings had been opened to them.

The process to rescue the tourists has been expedited while food and essential items are also being provided, Buzdar said.

He also expressed sadness over the deaths of people stuck in the snow, saying he was with the families in their grief. 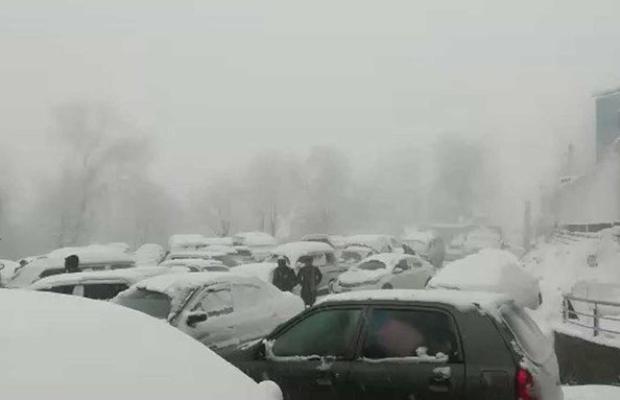 The chief minister shared the same in a tweet later in the day, saying he had issued orders to accelerate work to rescue citizens stuck in the snow and send more machinery from Rawalpindi.

More than 23,000 cars were evacuated from the area the night before and the rescue operation was going on, he shared. Buzdar appealed to people to strictly follow instructions given by the police and district administration and cooperate with them.

According to a list issued by Rescue 1122, 21 people died, including nine children.

At least 20 bodies have been recovered which were shifted to the Army School of Logistics. It is feared the death toll will increase further.

Among the deceased is an officer of the Islamabad police, ASI M Naveed Iqbal, 49, along with his 43-year-old wife and six kids – four daughters and two sons. They were traveling in a car bearing an Islamabad registration number 483. 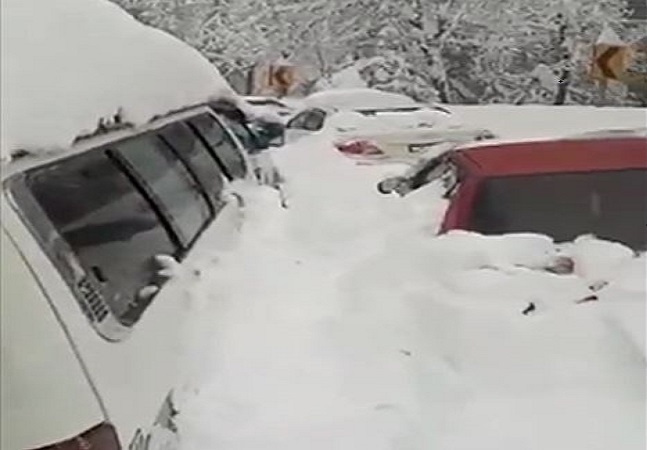 The deceased include 27-year-old Zahid, son of Zahoor, resident of Kamalabad, traveling in a Bolan carry.

Sohail Khan s/o Fazal, 27, a resident of Mardan was traveling in a car registered as VXR NG-424. Along with him, 22-year-old Asad, son of Zaman Shah, 21-year-old Bilal s/o Ghaffar, and 24-year-old Bilal Hussain s/o Syed Ghous Khan were also found dead in the car.

A Rawalpindi family was also among the deceased. It comprised 46-year-old M Shahzad, son of Ismail, his 35-year-old wife and two sons.

A 30-year-old, who was a resident of Lahore, traveling in a car bearing registration number LEA 9312 could not be identified. 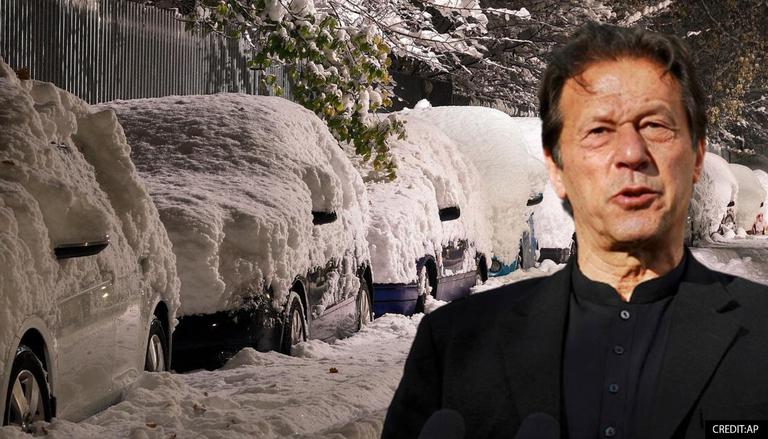 Meanwhile Interior Minister Sheikh Rashid Ahmed, in a video message, said tourists had flocked to the hill station in such large numbers “for the first time in 15 to 20 years which created a big crisis”.

He said Rawalpindi and Islamabad administrations, along with police, had been working to rescue those stranded, while five platoons of the Pakistan Army, as well as Rangers and Frontier Corps, were called on an emergency basis. The minister said that around 1,000 cars were stuck on the hill station.

Sheikh Rashid Ahmed said that residents of Murree provided food and blankets to stranded tourists, adding that the administration had closed all routes to the hill station and was now allowing only vehicles planning to take food and blankets.

“God willing, we will rescue 1,000 cars by evening today. We have decided to stop people [traveling] on foot as well. It is no time for [pedestrian] tourists to visit.” He said that 16 to 19 deaths have been reported in the vehicles.

The Pakistan Meteorological Department had predicted heavy snowfall in Murree and Galiyat from January 6 to 9.

Pakistan Army troops reached Murree to help with the rescue work. In a statement, the Inter-Services Public Relations (ISPR) said army engineers also reached the area to help open up the main highways.

The military’s media wing later said that its engineers troops cleared Islamabad-Murree Expressway. “Heavy machinery from Murree, army engineers Division and FWO are working without any pause to assist people who are struck,” the ISPT said, adding: “Where machinery can’t reach, troops have been moved and they are clearing traffic and opening roads.”

In a statement, KP Chief Minister Mahmood Khan said he was keeping a close eye on the situation in Galiyat which has also been overcrowded with tourists in the current winter season.

The entry of cars into Galiyat has been banned completely, he said, adding that no untoward accident had occurred in the area where three feet of snow fell a day earlier.

The chief minister added that tourists who had been stranded in cars were rescued and shifted to rest houses and hotels. “Galiyat Development Authority, Rescue 1122 and local administration have been put on high alert to deal with any untoward situation,” he said.

Khan also instructed all deputy commissioners to ensure that all homeless people in the province were moved to shelter homes amid the snow and rain and no one slept in the open.

“All agencies have been mobilised. Army, 1122, Hazara div(KP) and Pindi div (Punjab) resources are mobilised to open up [and] clear the blocked areas,” he added.

It is pertinent to mention that Federal Minister for Information and Broadcasting Fawad Chaudhry had earlier in the week cited the arrival of around 100,000 tourist vehicles to the hill station as a sign of “increase in prosperity and income of common man”.

Earlier on Saturday, Fawad Chaudhry also appealed to people to not visit the hill station. “A large crowd [is headed towards] Murree and hilly areas. Hundreds of thousands of cars are traveling to these areas. It is impossible for the local administration to provide facilities to people in such a large number,” he tweeted.

Fawad Chaudhry urged those people who were at home to delay their travel plans to those areas for some time.

Prime Minister Imran Khan on Saturday ordered inquiry and putting in place strong regulation to ensure prevention of such tragedies.

PM Imran Khan, in a tweet, said that he was shocked and upset at tragic deaths of tourists on road to Murree.

Meanwhile in another tweet PM Imran Khan on Saturday said that profits of listed businesses grew 59% year on year for the first 9 months, despite Covid challenges. This shows our economy is witnessing strong growth and creating jobs. I am hopeful that businesses and employers will share these gains with their workforces, he said.