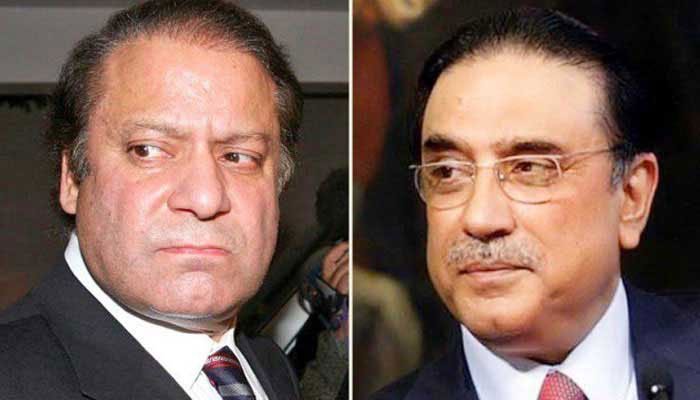 Zardari must be in Jail: Shafqat Mehmood

Federal Minister for Education and Professional Training in Pakistan Shafaqat Mehmood has said that Co-chairman Pakistan Peoples Party (PPP) Asif Ali Zardari must be in jail.

Meanwhile, Pervaiz Elahi went on to discuss matters pertaining to the national issues and local government bill with Shafaqat in the meeting.

On the occassion, Shafqat said that the government will see when Nawaz Sharif arrives in Pakistan. The opposition has been talking about minus-one from past three years. Nawaz Sharif holds Rs16 billion in his accounts but he is unaware.

He added that PTI is working to prepare for the local bodies election in Punjab while the meeting with Pervaiz Elahi remained successful. PTI and PML-Q are at one page and both the parties will send their best candidates in elections. The participation of opposition in standing committee is favorable.

Earlier, Federal Minister for Education Shafqat Mahmood called on Chief Minister of Punjab Sardar Usman Buzdar to discuss organizational matters of party as well as over political situation of the country.

During the meeting, the federal minister lauded Usman Buzdar over completion of Abdul Sattar Edhi underpass in record time and said that the underpass will facilitate hundreds of thousands of people every day.

Usman Buzdar said that work on projects worth billions of rupees is underway for development of Lahore and government has set an example by reducing the cost of projects by millions of rupees.

While criticizing opposition, he said that future of those who rely on politics of lies is dark. They should know that masses cannot be served through empty promises, he added.