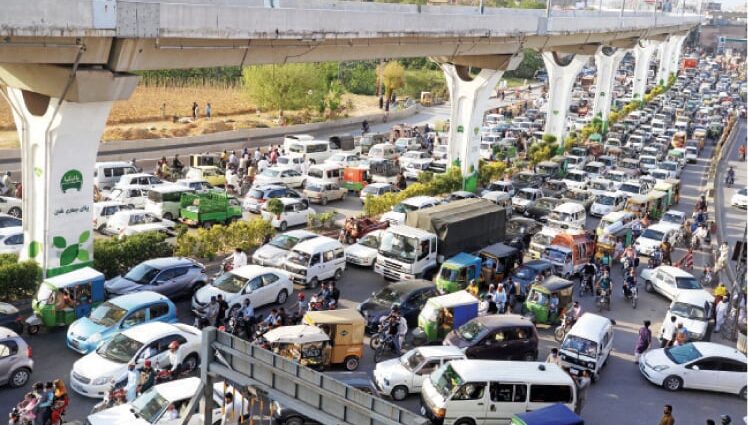 CTO Rawalpindi Taimur Khan visits RCCI, assure business community to address traffic issues CTO assured the traders that all efforts would be made to improve the flow of traffic in the city

Chief Traffic Officer Rawalpindi Taimur Khan assured the traders that all efforts would be made to improve the flow of traffic in the city. Suggestions regarding traffic improvement by Rawalpindi Chamber will be implemented. To improve traffic flow in Sadar, a proposal to close rickshaw entry from 5 pm to 8 pm. is under consideration. Marking of zebra crossings is being improved and drivers are directed to follow the traffic rules at all crossings.

President Nadeem Rauf said that traffic management needs to be improved. The number of parking plazas should be increased, one-way traffic should be provided where necessary, and violation of traffic rules should be monitored, especially wrong-way driving by motorists.

Group leader and former president Sohail Altaf said that traffic rules should be strictly enforced and certificates of appreciation should be given to the wardens who have performed well. Vice President Talat Awan suggested that a delegation of chambers and traders accompany the CTO to visit the markets and take feedback on traffic flow and solve the issues on the spot.

A question and answer session was also held on the occasion. Participants voiced their concerns about encroachments causing traffic blockage in the commercial market. The road side of Rawal Park and Rescue 1122 at Rawal Road is being occupied by fruit carts causing severe congestion in traffic and demanding immediate removal of these carts.  It was suggested that the number of traffic wardens at Raja Bazar, City Saddar Road, Committee Chowk, Kachehri Chowk should be increased.

In the end, the Senior Vice President Asim Malik thanked the Chief Traffic Officer for visiting the Chamber and said that such meetings would be held regularly.