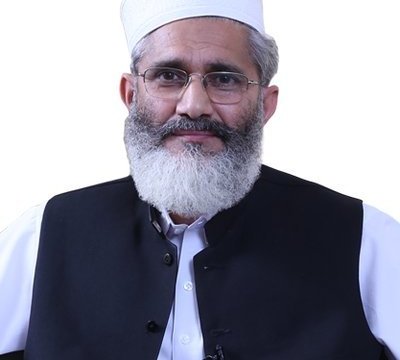 Govt should reserve seats in the parliament for overseas Pakistanis: Sirajul Haq

Govt should reserve seats in the parliament for overseas Pakistanis: Sirajul Haq

Jamaat-e-Islami Pakistan Emir Sirajul Haq is of the view that the government should reserve seats in the parliament for overseas Pakistanis.

“Expatriates should elect their representatives from within the community instead of casting votes to those candidates who are contesting from Pakistan and unaware of issues and problems being faced by overseas,” Sirajul Haq proposed the formula while addressing the Pakistani community in Doha, Qatar.

He also demanded the government withdraw taxes on Roshan Pakistan account and a personal phone call by an overseas to his/her family in Pakistan.

Sirajul Haq regretted that working community in many cases was deprived from their wages and they were not provided legal aid by the concerned embassies to get their rights from employers. Similarly, he said, the Pakistani community was not being provided different facilities promised to them as per law.

The Pakistani embassies should ensure full support and cooperation to the community, he said, adding it was duty of the government to protect the rights of those who provided life to the country’s economy.

Meanwhile, JI Information Secretary Qaisar Sharif said Sirajul Haq will return to Pakistan on Saturday night and address the JI Youth long march in Islamabad today (Sunday). He said the long march will be historic as thousands of unemployed youth was participating in it. The participants, he said, will remind prime minister his promise of providing them 10 million jobs.