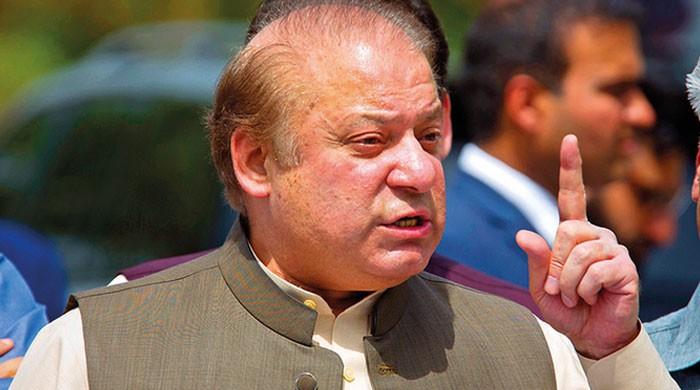 Pakistan Muslim League-Nawaz (PML-N) Quaid and former prime minister Mian Muhammad Nawaz Sharif has called for immediately devising a national agenda to pull Pakistan out of its current crises and take it on the path of democracy, reiterating the need to “put our house in order”. Nawaz Sharif said that our constitution clearly states that the one who follows the constitution is a sacred, adding that those who violate the constitution are not sacred but they are accused of the constitution and traitors of the country and constitution.

While addressing the last session of the two-day long Asma Jahangir Conference in Lahore through video link from London, Nawaz Sharif said the current era that Pakistan was going through was a “turning point” in its history.

“The most dangerous aspect is the deepening disappointment and severe helplessness [among the people],” he said. “History is witness that when nations descend into the quagmire of despair, questions start to be raised about that nation’s survival.”

He said the 220 million people of Pakistan were demanding answers to some fundamental questions and until they received those, the country’s state of affairs would not improve.

“If the tongue of the questioner is pulled, this does not resolve problems,” he added, likening the allegedly deliberate internet disruption during his speech to “pulling [our] tongue”.

“Will this solve problems? And then picking up those asking questions and disappearing them, will that end the questions? Unfortunately, the current era has proven to be the blackest era for freedom of speech and human rights.”

“That is why I said repeatedly that we have to put our house in order and we should open our eyes. Then the drama of ‘Dawn leaks’ was staged against us, punishments were given to us through fake cases, and then you saw how [we] were humiliated,” he told the audience.

But he said the time had come for the voices present at the event to “gather on one platform and draft a national agenda and give it the shape of a national movement”, for the sake of the rule of law and democracy.

“My suggestion is that [based on] all the recommendations given in this conference, an immediate strategy be formed and everyone sit together, so that the path of practical struggle can be adopted. It is very important. We have been very late and cannot afford more delay. This work should be done today,” he stressed.