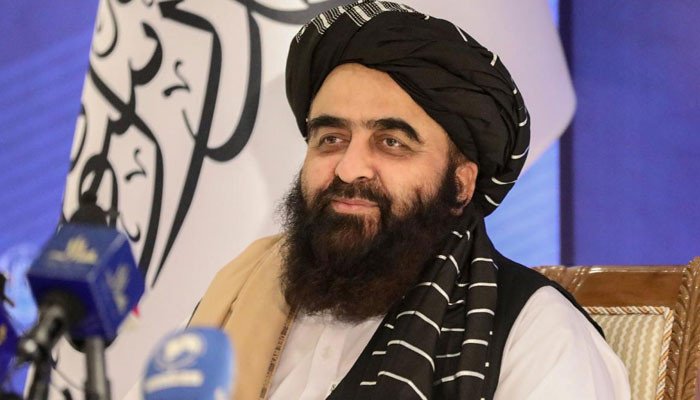 Pakistan & banned TTP mediating, no agreement has been reached so far: Muttaqi

Afghan Taliban mediating between Pakistan & banned TTP but no agreement has been reached so far: Muttaqi

The Afghan Taliban are mediating between Pakistan and the banned Tehreek-i-Taliban Pakistan (TTP) but no agreement has been reached so far, said Afghanistan’s acting Foreign Minister Maulvi Amir Khan Muttaqi on Sunday.

In an interview with “BBC News Urdu”, the official representing the regime in Kabul said the Afghan Taliban were acting as mediators on the desire of both the parties in Pakistan.

Muttaqi said the two sides had not yet reached an agreement, but the process has had a “good” start, leading to the announcement of a month-long ceasefire. He hoped that the process would not encounter any obstacles in the future and that relations between the government and the TTP would improve.

Speaking to the “BBC”, in what the publication said was his first interview with a female journalist, the Afghan minister said that Daesh (the militant Islamic State group) was a threat to Afghanistan. “However, the Taliban government has eliminated it from a major part of the country,” he said.

“Isolated incidents can take place anywhere in the world. Previously, 70 per cent of Afghanistan was under the control of the Islamic Emirate. Now, the Taliban have purged these areas of the presence of Daesh,” he said, adding that they were present in areas ruled by the former Kabul government.

After the Taliban took over, Daesh started surfacing in these areas but the Taliban government took effective measures to “control” them and confine them to certain areas, he said.

“Isolated (terrorist) incidents occur at some places such as mosques, which can also take place anywhere in the world,” he said. When asked about relations with New Delhi, the Afghan official said that Afghanistan did not want conflict with any country, including India.

“We do not want Afghanistan to have a conflict with any other country or to have challenges arise that could affect our nation, therefore, we will continue to work on this issue,” he said.

When asked whether there was a reaction from China or Pakistan on Afghanistan’s close ties with India, Muttaqi referred to recent meetings held in Moscow.

“When we participated in the Moscow conference, the representatives of India, Pakistan and several other countries were also present. We had a positive conversation and will hopefully not oppose any country,” he said.

The Afghan official also dispelled the impression that women were being excluded from different fields.

“Women have 100 per cent inclusion in the health sector. They are also teaching in the education sector. […] They are working in each and every one of those sectors where they are required,” he claimed.

“We have no such policy to deny women of their rights in any field,” he remarked. He said that the Taliban government had not fired any female official who had worked under the previous government.

“Their salaries as well as opportunities for education and employment were also not affected,” he said.

However, Muttaqi conceded that educational institutions in some areas of Afghanistan remain closed, citing the Covid-19 pandemic as the reason.

“All of the boys’ schools throughout the country are open while girl’s schools are open till class six,” he said. The Afghan minister stated that higher education institutes were open in some provinces, but not all.

So far, 75pc of schools have been opened, he said, adding that officials were continuously making progress in this regard.

During the interview, Muttaqi said that the Taliban government had fulfilled the international community’s demand for an inclusive government, which represented all stakeholders in Afghan society.

Asked what the group’s future course of action would be if the world did not recognise the Taliban, he said that the group was moving forward in its relations with the world and hoped that those ties would strengthen in the future.

He claimed that since the Afghan government consisted of representation from all areas and ethnicities, the world should recognize it.

“The incumbent Afghan government comprises staff and workers from the previous set-up that come up to approximately 500,000 people. If the world had recognised the previous government as an inclusive government, then why don’t they do the same with us,” he asked.

“If they mean a cabinet representing all areas, then we have a minister from Panjshir. People from Badakhshan, Faryab, Kandahar, Nangahar and Kabul are also present [in the cabinet]. Therefore, every country has its own definition of an inclusive government,” he said.

He said that the Taliban will continue to make efforts to make the government even more inclusive and grant the people their rights.

Post Views: 175
2021-11-14
Previous Post: Truly electoral reforms have been prepared by MQM: Fawad
Next Post: Joint opposition announces to challenge the bills that were passed in Parliament