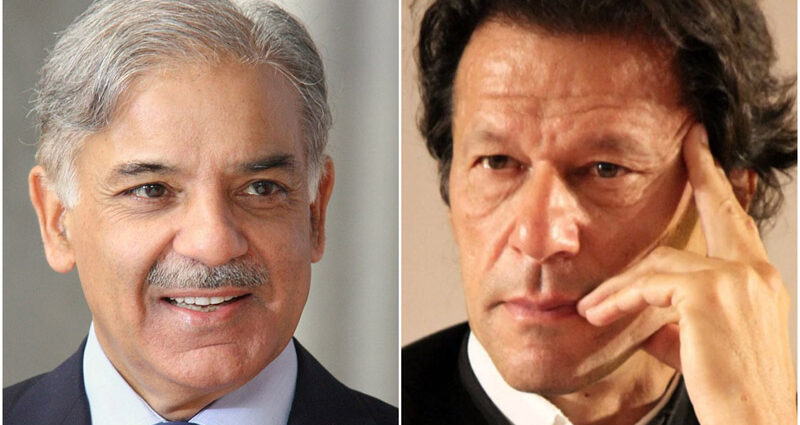 Imran Khan should resign for immediate relief to masses: Shehbaz

Imran Khan should resign for immediate relief to masses: Shehbaz

Shehbaz Sharif, in a tweet, said that if Imran Khan cannot control prices of flour, sugar, ghee, medicines, electricity, gas and petrol than he can resign from the premiership, adding that after hike in price of sugar and petrol, government’s decision to also increase power tariff is a bombardment of inflation on the public.

Senior PML-N leaders Khawaja Saad Rafique, Ayaz Sadiq and others raised this demand during a press conference in Lahore.

Khawaja Saad Rafique said that the government is unable to control this situation. “The mandate found or given to Imran Khan has completely failed. Pakistanis want this government should go home before the next sun rises.”

Opposition is united in Parliament and all opposition parties have have same stance on Election Reforms and NAB Amendment Ordinance. Imran Khan should go himself before protests against him in the streets, he maintained.

Former railways minister said that no-confidence is a constitutional and legal way. “We do not have so many votes; the cracks of the ruling party have surfaced, so we should wait. We have seen all the experiences and did not play any game role to overthrow Imran Khan’s government,” he added.

“Imran Khan is digging the pit himself and unpopularity has gone to extremes. We are against overthrowing the government through groups. Imran Khan himself should contact the opposition and resign after making a roadmap. It is better to decide for oneself instead of instability. We also ask the government allies to consider our point.”

On the occasion, PML-N Senator Musadik Malik said that France, Germany, UK, Netherlands, Philippines, USA have stopped using EVMs. “These EVMs are being introduced so that the government is not subject to the people. Inflation is rising by 12 to 14 per cent every year. This East India Company is subject to the IMF,” he said.