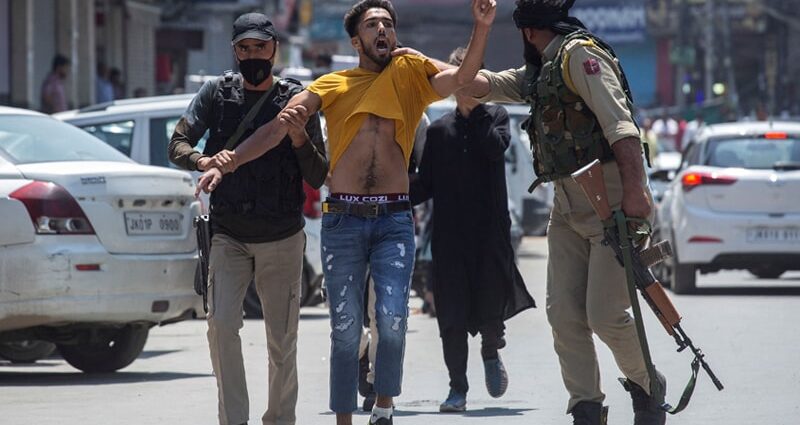 According to the statement issued by Foreign Office Spokesperson Asim Iftikhar Ahmad, on Sunday, in another brutal episode of violence, Indian Occupation forces reportedly killed an innocent Kashmiri Shahid Ahmad, in cold blood while he was crossing a barricade in the Zainapora area of Shopian in IIOJK.

His tragic picture as carried by media is reflective of India’s ongoing barbarity in IIOJK that must jolt the world’s conscience.

Unfortunately, Kashmiris are forced to live in an environment of perpetual fear and intimidation under Indian occupation and tyranny, while New Delhi continues to peddle its fabricated propaganda of normalcy in the world’s most militarised zone.

The Foreign Office spokesperson said India must understand that the bogey of terrorism that it created to justify its atrocities in the occupied territory has been busted. Braving years of Indian aggression and systematic human rights violations, the Kashmiri people remain resolute in their legitimate struggle for self-determination.

Asim Iftikhar Ahmad said that rather than continuing with its diversionary tactics, India must stop human rights violations of innocent Kashmiris in IIOJK and create an environment conducive for durable solution of the Jammu and Kashmir dispute in accordance with the relevant UN Security Council resolutions and wishes of the Kashmiri people.

Post Views: 391
2021-10-24
Previous Post: ECP summons Fawad Chaudhry over allegations leveled by him on the commission
Next Post: Vietnam keen to enhance bilateral trade with Pakistan