Cases against proscribed TLP will be withdrawn till Tuesday . Skeikh Rashid.

Cases against proscribed TLP will be withdrawn till Tuesday or Wednesday & matter of fourth schedule will also be reviewed: Sheikh Rashid

The minister said that detained TLP workers, along with those placed on the Fourth Schedule, would be released.

Interior Minister Sheikh Rashid Ahmed on Sunday said that of course so far General Faiz Hamid is Director General Inter-Services Intelligence (DG ISI). Sheikh Rashid said that he did not knew in how much time the matter of DG ISI’s appointment will be resolved, adding that the media should ask this question from Prime Minister Imran Khan, spokesperson of PM, foreign minister and defense minister. Sheikh Rashid requested the media to only ask questions from him which come under his jurisdiction. Sheikh Rashid said that the proscribed Tehreek-i-Labbaik Pakistan (TLP) will not proceed with its march towards Islamabad as negotiations with the group had “almost” succeeded. 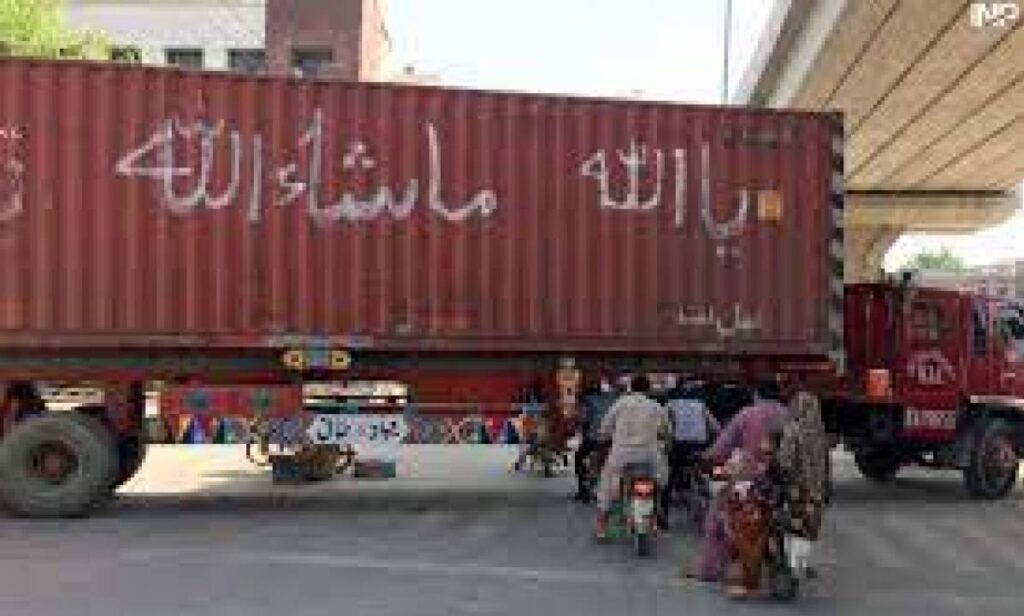 While addressing a press conference at the interior ministry on Sunday, Sheikh Rashid Ahmed said the TLP workers would continue their sit-in till Monday or Tuesday and will stay at Muridkey “but will not head towards Islamabad”. He said that the cases against proscribed TLP will be withdrawn till Tuesday or Wednesday and matter of fourth schedule will also be reviewed.

The minister said that detained TLP workers, along with those placed on the Fourth Schedule, would be released. He said under an agreement signed with the TLP earlier, the issue of expelling the French ambassador will be taken to parliament for debate. He said that a delegation from the proscribed group will arrive at the interior ministry today ( Monday) at 10:00 AM under the leadership of Anaytullah Shha Sahb for talks. “We will resolve their issues in a day or two,” he said. 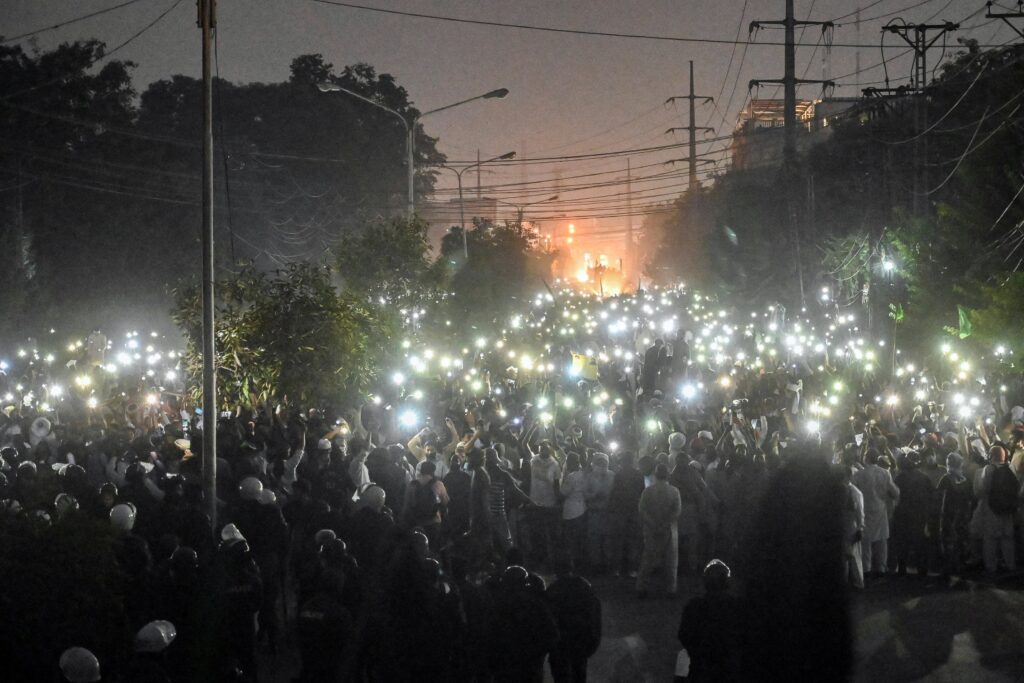 Sheikh Rashid said that the issue of expulsion of the French ambassador will be presented in the National Assembly and we will request Speaker National Assembly Asad Qaiser to form the committer for reviewing the matter.

“Religious Affairs Noorul Haq Qadri and I have signed agreements with the TLP. We will take the issue of the French ambassador’s expulsion to the National Assembly and ask the speaker to form a committee.” He said the French ambassador was not present in the country at the moment and consul general is present in Pakistan, adding that the TLP’s objection was justified as there had been no progress on the accords for six months.

“They are political people and they have the third-highest vote bank in Punjab. They reserve the right to make any statement,” he said, referring to the group’s claim about the number of workers arrested by law enforcers. The minister said that political parties had the right to stage protests, but said that the government should be “flexible”. “I believe in reconciliation and the government is supposed to show flexibility […] we should try to take the country towards the path of improvement.” 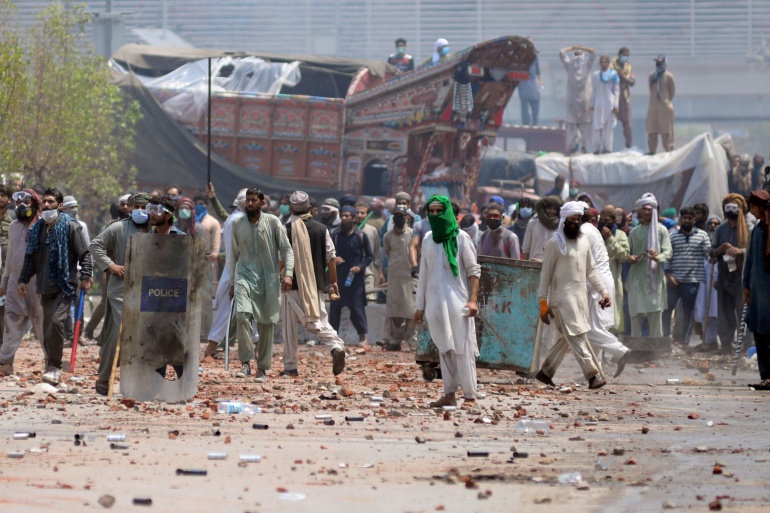 Responding to a question from a reporter, the minister said that the government “had not banned the TLP”. “They are contesting elections and we did not approach the Supreme Court,” he said.

However, a journalist interjected and asked why the TLP is then referred to as “proscribed” in media reports. “It is written with their name because we’ve declared them so,” the minister said. When asked whether the government was releasing TLP chief Saad Rizvi, Rashid simply said, “We are working on it”. He added that he had held a meeting with Rizvi to discuss the current issues. “I held a one-on-one meeting with Saad Hussain Rizvi,” he said.

The minister hoped that the TLP supporters who had taken to the streets in Muridke would peacefully go home after talks concluded successfully.

To a question, the Minister said he went to UAE to watch Pakistan’s cricket match with India, but in view of law and order situation back home, he has to return to Pakistan on the advice of Prime Minister Imran Khan. He wished victory for the Pakistan team. 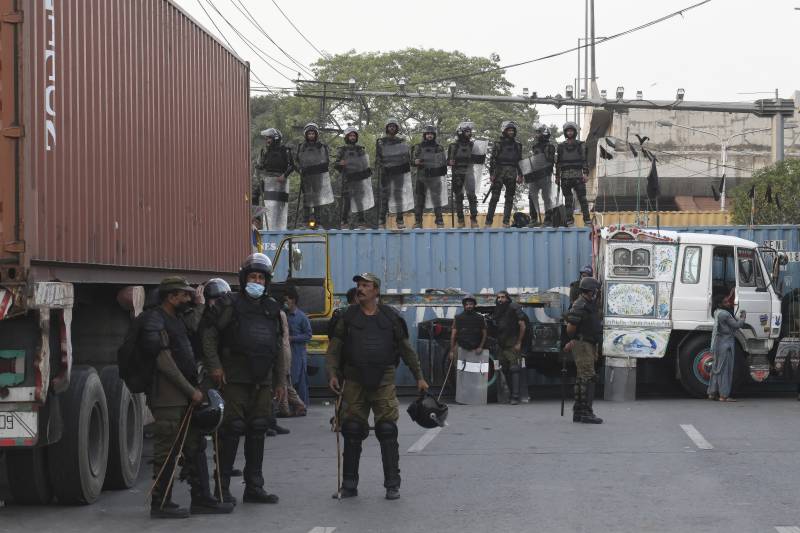 Minister for Religious Affairs Pir Noorul Haq Qadri, meanwhile, said that the issue will be resolved through mutual understanding. He maintained that the concerned authorities have been directed that there should be no clash between the police and the protesters.

Noorul Haq Qadri said the government would “seriously consider” the demands of the banned outfit. He said the police will not touch the protesters who have agreed to remain peaceful. “Roads will be kept open,” he said, adding that the protesters will end the sit-in being held in Muridke peacefully after the demands are met.

On the directives of the prime minister, Qadri had arrived in Lahore from Karachi to hold negotiations with the banned outfit’s leadership. The government’s negotiation team comprised Rasheed, Qadri and Punjab Law Minister Muhammad Raja Basharat.

The PM had also directed the interior minister to return to the country from the UAE, where he had gone to watch India-Pakistan’s high-voltage T20 World Cup clash.