In a fresh spate of anti-Muslim violence in India, at least six mosques and over a dozen houses and shops belonging to Muslims were burnt in BJP-led Tripura state during the last two days.

The attacks were reportedly carried out by Hindutva groups RSS, VHP and Bajrang Dal across the state during protests in retaliation to violence in Bangladesh.

The mosques in Krishnagar, Dharmanagar, Panisagar, Chandrapur were also vandalised by saffron-wearing youths on Friday night, according to Indian media. 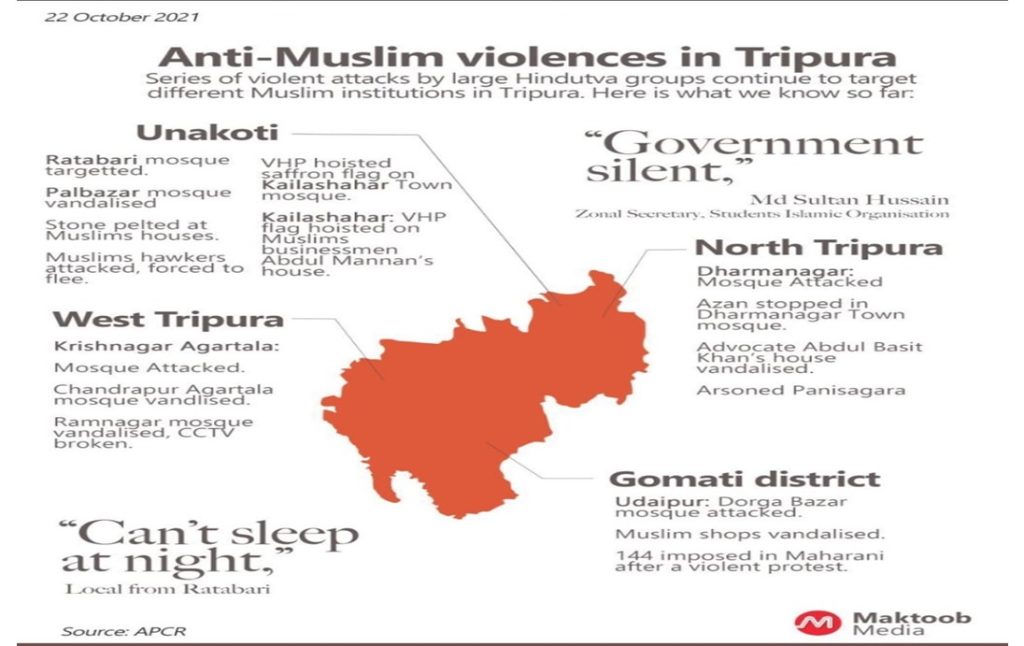 The participants of a rally brought out by Vishwa Hindu Parishad broke window glasses and CCTV cameras of Krishnagar Jamia Masjid. A mosque in Panisagar in the North Tripura district was burnt by a Hindu violent mob.

In Kailashahar, a locality near to Tripura’s capital city Agartala, a mob surrounding the mosque shouted “Jai Shri Ram” and placed a saffron flag.

The attack on a Muslim lawyer’s house in Dharmanagar in North Tripura district was widely condemned by the Muslim groups in the state.

In the same locality, Hindu groups placed a saffron flag in front of a house belonging to Abdul Mannan, a prominent businessman in the region. 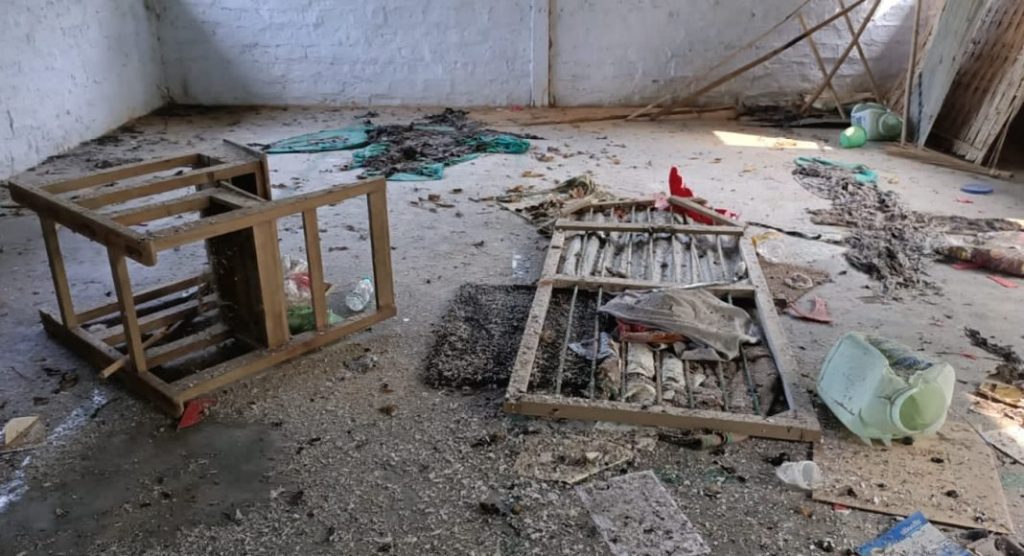 The anti-Muslim attacks were well-planned, according to a local Muslim population.

The Tripura State Jamiat Ulama (Hind) also submitted a deputation at the office of Chief Minister Biplab Kumar Deb and alleged a series of violent attacks at different mosques and minority habitations in the last three days.

Seeking intervention of the Chief Minister and Director General of Tripura Police, Jamiat president Mufti Tayebur Rahman said he believed a section of miscreants were trying to disrupt the communal peace in Tripura.

Tripura royal scion and chairman of TIPRA – Pradyot Debbarma has appealed for peace in the state as fear and apprehension of attacks on minorities in the state grows over communal tensions in Bangladesh.

“Any motivated acts in our state where minorities are attacked as a retaliation to what has happened in Bangladesh must be condemned! Please remember Two wrongs don’t make a right…. I appeal for peace amongst all religions in our state,” tweeted Pradyot Debbarma.

Post Views: 177
2021-10-24
Previous Post: Reports rejected of agreement regarding use of Pakistan’s airspace by US
Next Post: Cases against proscribed TLP will be withdrawn till Tuesday . Skeikh Rashid.