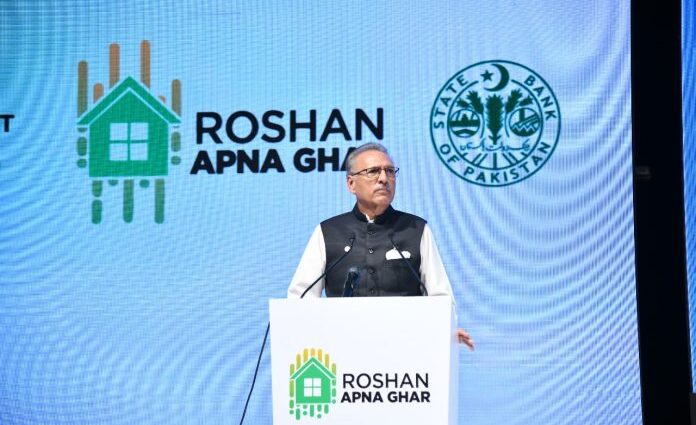 President Dr. Arif Alvi says Pakistan is offering promising business opportunities to foreign investors through one-window operations in sectors of innovation and technology. He expressed these views in a meeting with heads of leading investment and technology firms in Dubai on Saturday. President Dr. Arif Alvi said the one-window facility under Special Technology Zones Authority is aimed at encouraging and facilitating the foreign investors to expand their information technology footprint in Pakistan.

He said the government has set up the STZA with a mandate to provide world-class digital and physical infrastructure across the country and put Pakistan on global technology radar. The President invited the companies to invest in Pakistan’s diverse sectors particularly in e-business. The business heads expressed keen interest to make investments in Pakistan in their respective domains and also briefed them about their companies.

The president later witnessed the signing of three MoUs between Pakistan’s Special Technology Zones Authority with Mastercard, Galaxy racer (E-sports) and Shorooq Partners VC Funds. It is worth mentioning here that earlier on Saturday President Dr Arif Alvi arrived in the United Arab Emirates on a two-day visit, where he will meet the UAE dignitaries and also inaugurate the Pakistan Pavilion at Dubai Expo 2020. The president was received by UAE’s Minister of Justice Abdullah bin Sultan bin Awad Al Nuaimi, at the Al Maktoum International Airport. Begum Samina Alvi also accompanied the president. Commerce Minister Abdul Razak Dawood and Foreign Secretary Sohail Mahmood were part of the president’s entourage.

A red carpet was rolled out for President Dr. Arif Alvi and a contingent of the UAE forces presented a static salute to him. During his stay, the president will meet leading businessmen, investors, entrepreneurs, senior representatives of information technology companies and media persons. He is also scheduled to interact with members of the Pakistani community in the UAE. The president will be the chief guest at an event on Roshan Digital Account and Roshan Apna Ghar, the initiatives launched by the government to facilitate the expatriates. The visit of President Alvi coincides with the 50 years of establishment of diplomatic relations between Pakistan and the UAE.

Pakistan and the United Arab Emirates have enjoyed close fraternal relations, rooted deep in common faith, shared history and cultural affinities. The UAE is Pakistan’s largest trading partner in the Middle East and a major source of investments.