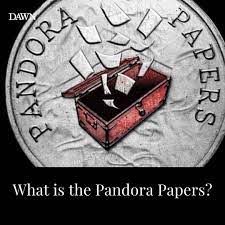 In a tweet, Minister for Information Fawad Chaudhry said that the prime minister of Pakistan has set up a high level cell under the Prime Minister s Inspection Commission to investigate the Pandora leaks. “The cell will hold everyone involved in the Pandora leaks accountable and the facts will be made public,” he said.

After surfacing the issue of Pandora Papers, a three-member cell was set up under the Prime Minister s Inspection Commission. The cell will investigate Pandora s Papers. Representatives from the Federal Board of Revenue (FBR), the Federal Investigation Agency (FIA) and the NAB will be part of the cell.

It said that the Law Ministry will look after all the legal matters of the cell. The cell will investigate the assets of the names of all Pakistanis who wre included in the Pandora Papers.

Taking to twitter, the prime minister said that his government will investigate all citizens mentioned in the Pandora Papers. “If any wrongdoing is established we will take appropriate action. I call on the international community to treat this grave injustice as similar to the climate change crisis,” he added.