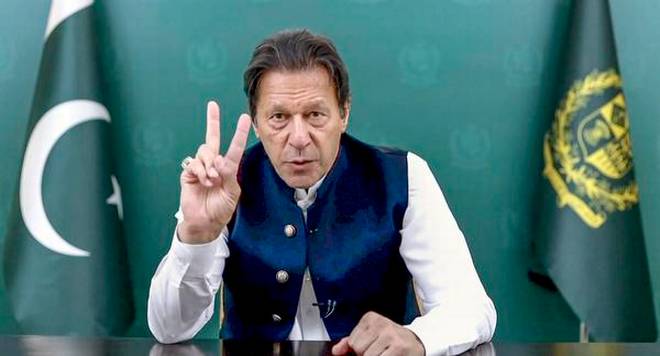 Prime Minister Imran Khan on Monday announced a 40 percent targeted subsidy for the poor on purchase of essential food items, saying the special step would provide relief to the low-income groups against inflation.

Addressing at the launch of Kamyab Pakistan programme – a Rs 1,400 billion poverty alleviation initiative, the prime minister said the underprivileged segment would get targeted subsidies on wheat, flour, sugar and ghee (cooking oil).

The prime minister said 75 percent of palm oil in the country was being imported and thus the common man was facing the impact of “imported inflation”. At present, he said, the government was trying its best to reduce the burden of inflation on people. He said compared with the global inflation of 100 percent, the prices in Pakistan witnessed a 22 percent upsurge only. He said the global prices of wheat and sugar grew 37 and 40 percent compared with 12 and 21 percent in Pakistan, respectively. 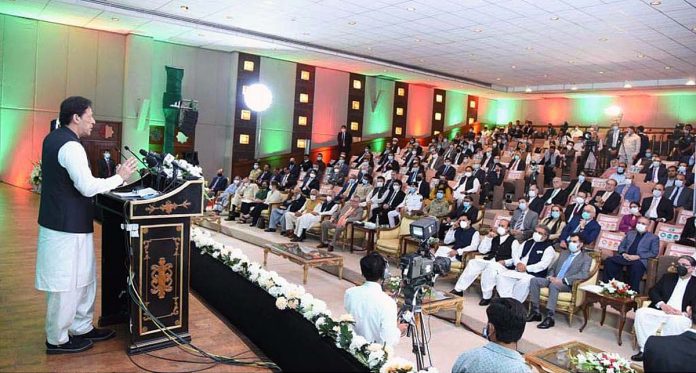 Imran Khan said the price of petrol in Pakistan was at its lowest among all countries, except the oil-producing states and the neighbouring India was selling the petrol at the comparative double rates. He said the government cut the levy and sales tax on petrol and as a result, bore the loss of Rs 400 billion in order to provide relief to consumers. The prime minister said the Kamyab Pakistan programme was aimed at bringing improvement to the lives of common man.

He lauded Finance Minister Shaukat Tarin for ensuring micro-finance facility for low-income groups, saying that it reflected the government’s firm intention to uplift the underprivileged. Imran Khan regretted that the country’s system for the past 72 years catered to only a handful of the elite and pointed out that ‘an island of rich’ was benefiting from the financial, education and justice systems. He said the government was committed to follow the principles of the history’s first Islamic State of Madinah, which ensured welfare and justice for its citizens.

Finance Minister Shaukat Tarin said the government was intending to put in place an inclusive sustainable growth set up to benefit all segments. He said the unique formula of loan disbursement among 3.7 million households through microfinance banks and non-governmental organizations would facilitate the people in their small businesses. The Kamyab Pakistan programme, he said, would be transitioned to expand while simultaneously reducing the Ehsaas project, with an objective to make them self-sufficient.

Tarin said  the ‘bottom-up approach’ would benefit the low-income groups in particular. PM’s Special Assistant Usman Dar and Chairman Naya Pakistan Housing Authority Lt Gen (retd) Anwar Haider Ali spoke about the salient features about the programmes with respect to their domains. The programme has five components. The farmers will get interest-free loans under the Kamyab Kisan programme. The financing for businesses will be made upto to Rs500,000 under Kamyab Karobar programme. The financing on easy installments will be extended for construction of houses under Sasta Ghar Scheme, besides linking of successful skilled based scholarship schemes and Sehat Insaf Card with the Kamyab Pakistan Programme.