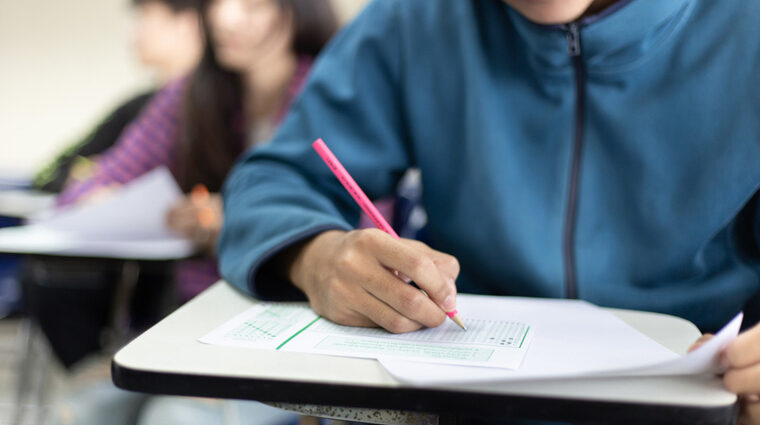 Jamaat-e-Islami (JI) Karachi chief Engr Hafiz Naeemur Rehman has demanded of the federal and Sindh governments to resolve the issue being faced by aspiring medical students.

The JI leader while addressing a convention of Tanzeem-e-Assataza — a teachers’ body on Sunday further said that tensions between the center and the provincial governments over the Pakistan Medical Council resulted in severe unrest among candidates for medical colleges.

He elaborated that intelligent students with brilliant academic records are unable to pass the exam due to flaws in the system. He added that contrary to the past practices and international standards of transparency, the PMC didn’t provide answer keys to candidates after the exam.

Similarly, he said, the question papers compiled for the students from Sindh were consisting of parts from the syllabus of Punjab.

If the PMC authorities don’t have guts to conduct the exams then the consequences of their inability should not be faced by aspiring medical students, he said, holding both the federal and provincial governments responsible for the situation.

The JI leader demanded of both the governments to devise a comprehensive and just mechanism for all the students in general and from Sindh, including Karachi in particular so that they would not fell prey to any injustice just because of some bureaucratic or political mistake.

He concluded that the JI will support the affected students and get them their rights while using all available constitutional, legal and democratic options.

On the occasion while addressing to the teachers, the JI leader said that the fraternity can change the society so the members should play their due role. He also urged the teachers to learn more languages.