United Nations Office on Drugs and Crime (UNODC) Country Office in Pakistan concluded the 1st National Table-Talk Exercise. This four-day exercise was organized in the Hotel Karachi. It aimed at addressing the challenges of drugs trafficking and smuggling of contraband items through Pakistan’s coastal areas and maritime domain more effectively. The participating law enforcement agencies included the Anti Narcotics Force, Pakistan Customs and the Pakistan Coast Guards. The exercise was designed to identify challenges, gaps, best practices and lessons-learnt, for enhancing inter agency coordination and interoperability in Pakistan’s maritime domain.

While warmly welcoming the participants at the inaugural session on 21 September 2021, Dr. Jeremy Milsom, Representative UNODC Country Office in Pakistan highlighted the existing and emerging trends of drug trafficking, Human Trafficking and Migrant Smuggling, and smuggling of other contraband items emanating from Afghanistan, and creating governance and security challenges in Pakistan and the wider region. He emphasized the need to improve inter agency and regional cooperation, to respond to these challenges more amicably, particularly in the aftermath of recent political changes in Afghanistan. 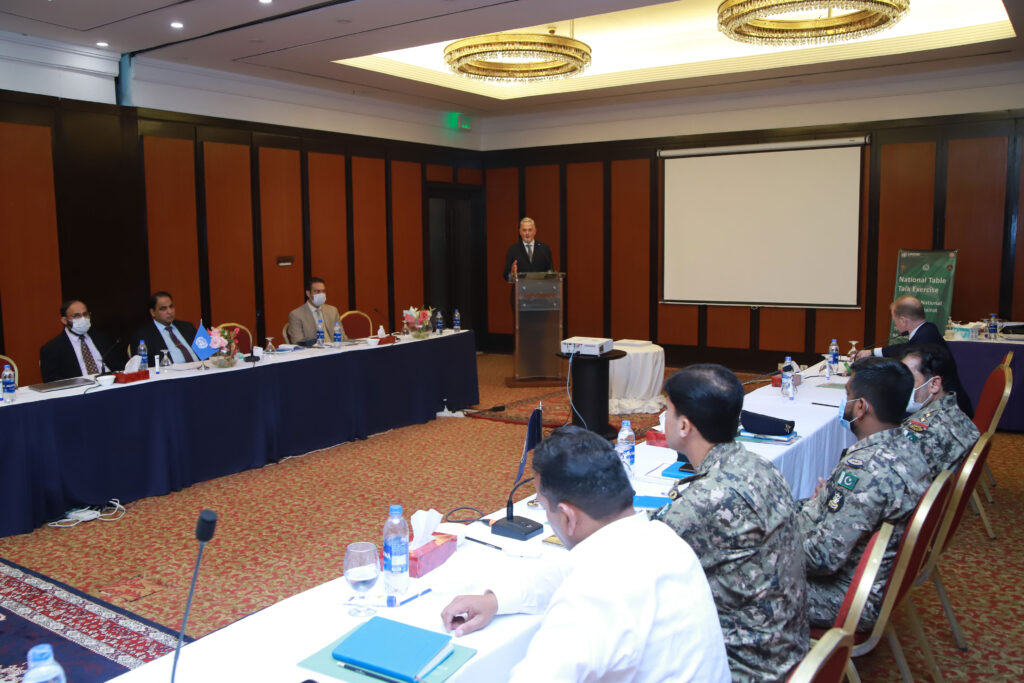 In his opening remarks, Mr. Akbar Hussain Durrani (Tamgha-e-Imtiaz), Secretary Ministry of Narcotics Control highlighted Pakistan’s crucial role as the first-line of defence against the massive flow of opiates and its derivatives, synthetic drugs and new psychotropic substances through Pakistan – both for domestic consumption and transnational trafficking to rest of the world. He stressed the importance of fully implementing countermeasures, as envisaged in Pakistan’s Anti Narcotics Policy 2019, especially to combat the threats of narcotics abuse in educational settings.

In his opening remarks, Mr. Mark Stroh, the U.S. Consul General Karachi thanked Pakistan for making concerted efforts in counter-narcotics, being the main transit country neighboring Afghanistan. He recognized the major role being played by the Anti Narcotics Force and other counter-narcotics law enforcement agencies in this regard, and the need for enhancing technical capacity – to detect, deter and disrupt drug trafficking proactively. He also appreciated a close and strong relationship between Pakistan and the United States of America in the fight against drug proliferation. 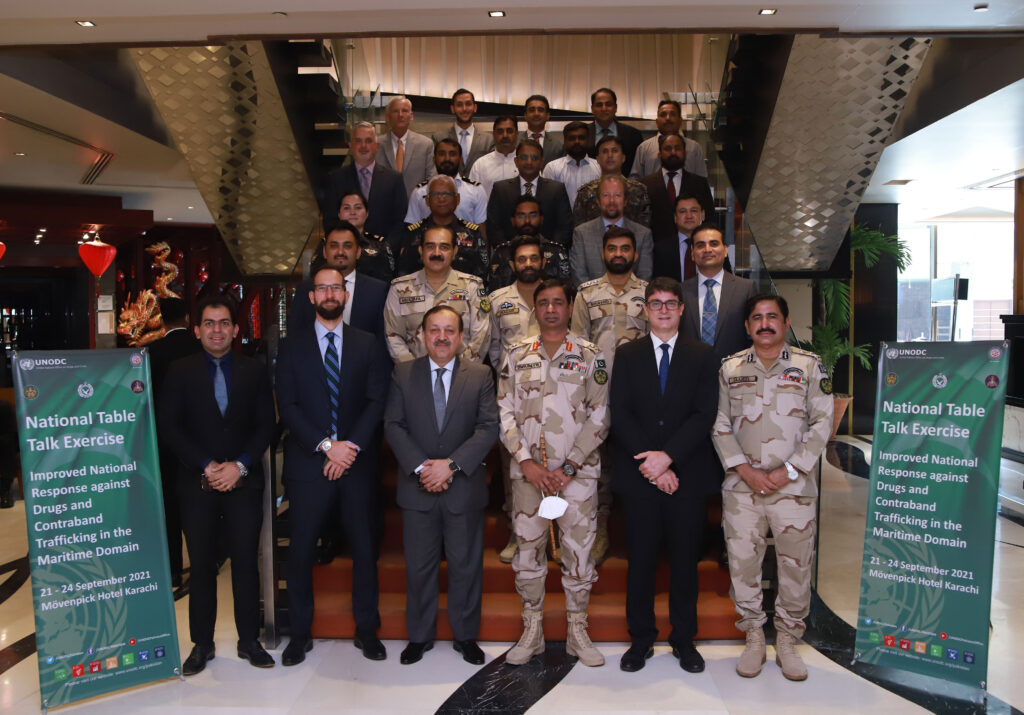 In his opening remarks, Major General Ghulam Shabeer Narejo, Director General Anti Narcotics Force highly appreciated the efforts by UNODC, to bring together important stakeholder for a wholesome view of illicit trafficking and smuggling of various kinds, and to find more practical solutions. He highlighted Pakistan’s major role, to safeguard the international community against the existing and emerging threats of drug trafficking and other transnational organized crime emanating from Afghanistan. He also stressed the need for improving interagency coordination and thanked UNODC for this idea of bringing together all concerned counterparts for open discussion through this exercise.

The exercise was facilitated by International experts from UNODC’s Global Maritime Crime Programme (GMCP). It was also attended by the National Crime Agency of the United Kingdom as an observer. Extensive technical discussions were held among Pakistani maritime law enforcement agencies, around the challenges of illicit trafficking and smuggling and how to address those through an integrated response in the maritime domain. The Director General Anti Narcotics Force chaired the closing session as the Chief Guest. He also distributed completion certificates among all participants.

The event was organized by UNODC Country Office Pakistan under its project entitled ‘Improved National Response against Drugs and Contraband Trafficking in the Maritime Domain’ – funded by the U.S. Department of State’s International Narcotics and Law Enforcement Affairs (INL) Pakistan.