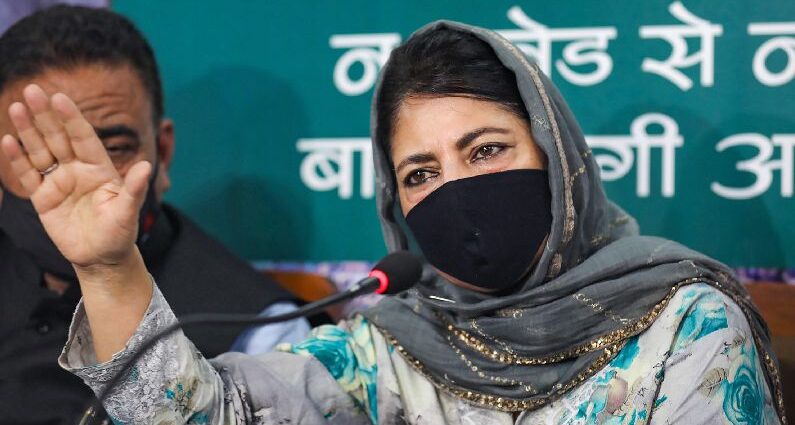 PDP President Mehbooba Mufti was put under house detention today and she claimed that the decision of Indian occupied Jammu and Kashmir authorities to restrain her movement had “exposed the government’s claims of normalcy”.

She also hit out at the Centre alleging that while the government was expressing concern for the rights of the people in Afghanistan, the same were being denied to Kashmiris.

“I’ve been placed under house arrest today because according to administration the situation is far from normal in Kashmir. This exposes their fake claims of normalcy,” Mehbooba, who is the last chief minister of the erstwhile state, tweeted today.

She said that Kashmiris were deliberately being deprived of their fundamental rights. Mufti said the Indian government even did not spare dead Syed Ali Geelani and his family and humiliated them before funeral and burial of freedom movement leader.